Women hear you loud and clear about how long it takes us to get “warmed up” for sex and how much you don’t want to bother with foreplay. We accept this. You are, after all, men.

But we are women and more often than not we need a get-in-the-mood precursor. Just FYI?

If you half-ass the foreplay, the sex will probably be half-assed right back.

Here are a few foreplay moves you should never again think of doing, should you want to have GOOD sex.

1) The “C’mere”
This move is typically acted out from the other end of the couch or the other side of the room. You close your eyes slightly, tilt your head and try and motion us over to you with your head as if you have some really intriguing gift for us. We know you do not.

2) The Wiener Wiggle
As depicted by Jason Segel in Forgetting Sarah Marshall, this is when you whip your penis around back and forth, letting it slap against your legs. Um. No, thanks.

3) The Washcloth Trick
Putting a washcloth on your penis and making it “dance” is not funny. Well, maybe the first time it was. But we’re no longer impressed.

4) Asking, “Wanna fuck?”
This might have been hot in our early days, back when there was still mystery between us, back when there weren’t any certainties as to who we went home with. But now that we KNOW it’s you we’ll be going to bed with, well, its about as much of a turn on as your old ratty sweats. BTW, don’t wear those anymore, either.

5) Dick Pics
Don’t. Gross. Penises aren’t pretty. They aren’t even cute. It doesn’t matter how big it is, if you send us a picture of your dong, we’ll just laugh and show all our friends. And then laugh some more together.
(This move also known as “Brett Favring.”)

Ditto the above. We are most likely to respond to The Rock eyebrow arch with a disgusted look on our faces and a “WHAT?”

8) The Wiener Glance and Nod
Almost a combination of #1 and #6, looking at us all seductive-like, then looking down at your junk and then back up at us will not work. It may, however, remind us of how much you are NOT like the Old Spice guy.

9) Anything half-assed
Don’t run your hand up under our sweaters while flipping through TV channels. Unlike your DVR, women do not come equipped with a ‘pause’ button. But we do have a “You’ve pissed us off and now we’re going to bed” button. Push it and see what happens.

Tagged: foreplay, foreplay no-nos, marriage, relationships, sex, what not to do during foreplay

Dress up your night 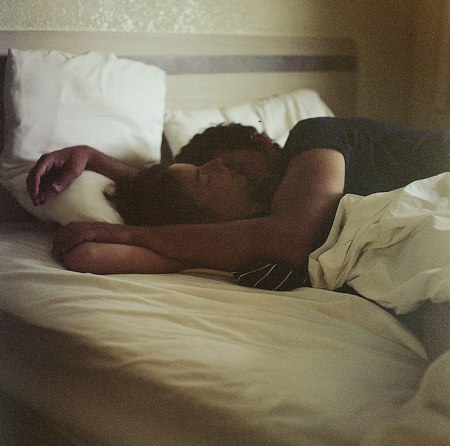 Sex is Awesome When You’re Single