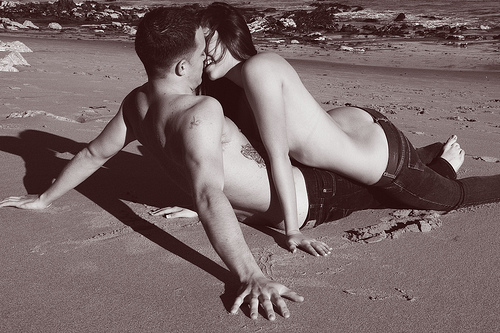 We all have different ideas at various stages of our lives of what makes a great sex session.

In my youth, I considered great sex to be the length of the romp and the variety of positions achieved. Not to mention, the closing argument. The big, earth shattering, or in some instances, not so earth shattering orgasm. Because sometimes, that just didn’t happen.

Now, in my impending middle age (sigh), I consider good sex to be 15 minutes of uninterrupted play time. With a grand finale. Because if you don’t have one of those, then something is missing.

I took this question to the streets ( honestly, I polled a bunch of women (and one guy) on Facebook)  on what they considered good sex.

Wanna know what I found out?

Most of the women discussed the connection. If you’re both in the moment and the mood, then it’s golden.

Good sex begins with fantastic foreplay. And as we’ve recently found out in our very popular post on 10 Sexy Foreplay Ideas, most women are not about to bypass the appetizer, so men be prepared to serve it up!

Being satisfied and exhausted was a common theme I heard. That signaled the fact that no matter how long or short the shtupping was, at least it was complete. There’s a saying that every woman wants to have her “back blown out” once in a while. If you’ve never heard that expression, look it up. She wants to experience that, really.

Spontaneity was also mentioned. Because, let’s face it, even good sex gets boring when it’s become scripted and expected. And that’s why we here at YouWontGoBlind.com discuss sex in unusual places like the car, the park, the backyard, even a different part of the house in our Best Places for a Quickie story. You’d be surprised how many people never go past their own bedroom. A change in location can do wonders for the libido.

Lastly, great sex happens when people are enjoying themselves. If everyone is having fun, then you are on the right track.

As long as you and your partner are on the same page, it’s all good. No, it’s all GREAT.

Dress up your night

Sex is Awesome When You’re Single

'What’s “Good” Sex? Readers Weigh In' have no comments